Only 5% of Spaniards have been infected with the coronavirus, according to the preliminary results of a study by the Carlos III public health institute, which took blood samples from nearly 70,000 participants.

The prevalence study was conducted to determine how many people in Spain have developed antibodies after exposure to the virus. Similar studies in other countries are being used to help make decisions about easing confinement measures.

Health Minister Salvador Illa and Science Minister Pedro Duque offered a news conference on Wednesday afternoon to announce the preliminary results. The study “contributes an X-ray of the epidemic in our country,” said Illa. “It confirms the hypotheses we have been working with, and which the deescalation plan rests on.” Duque said that “this is one of the most solid studies done in the world, an enormously ambitious job that we are very proud of.”

The figures in the Spanish study show significant geographical differences: in some provinces, the prevalence of the virus is seven times higher than in others. In Soria province, 14.2% of the population has developed antibodies after being exposed to SARS-CoV-2. In the Madrid region, considered the epicenter of the pandemic, the prevalence is 11.3%.

At the other end of the spectrum, Murcia, Asturias, the Canary Islands, and the exclave cities of Ceuta and Melilla in North Africa showed a prevalence of under 2%. A map shows that provinces located near Madrid have similar figures: 12.6% in Segovia, 10.9% in Guadalajara and 13.5% in Cuenca. 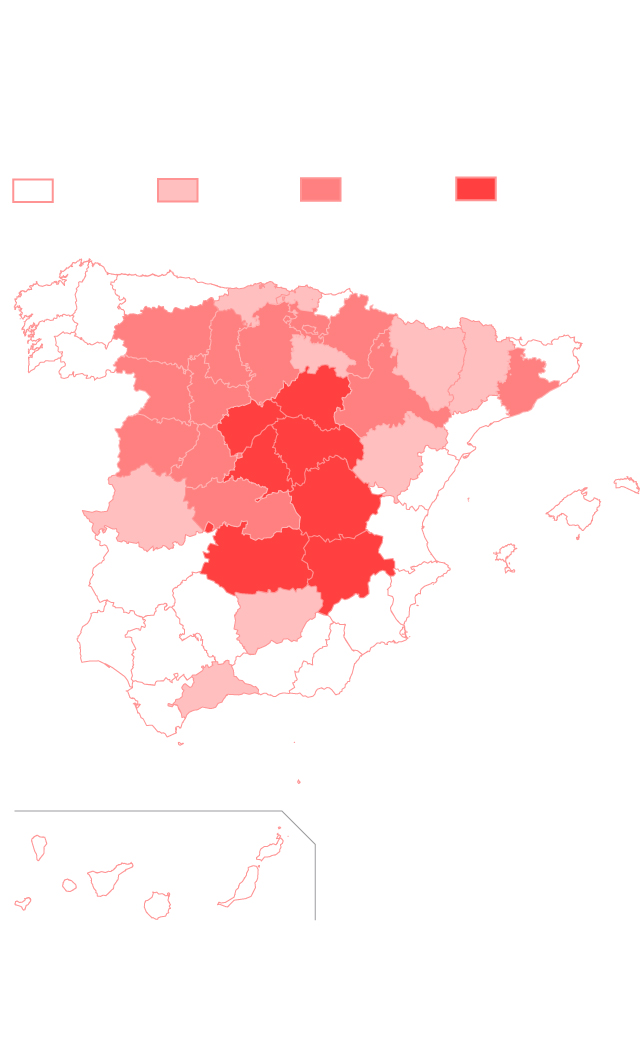 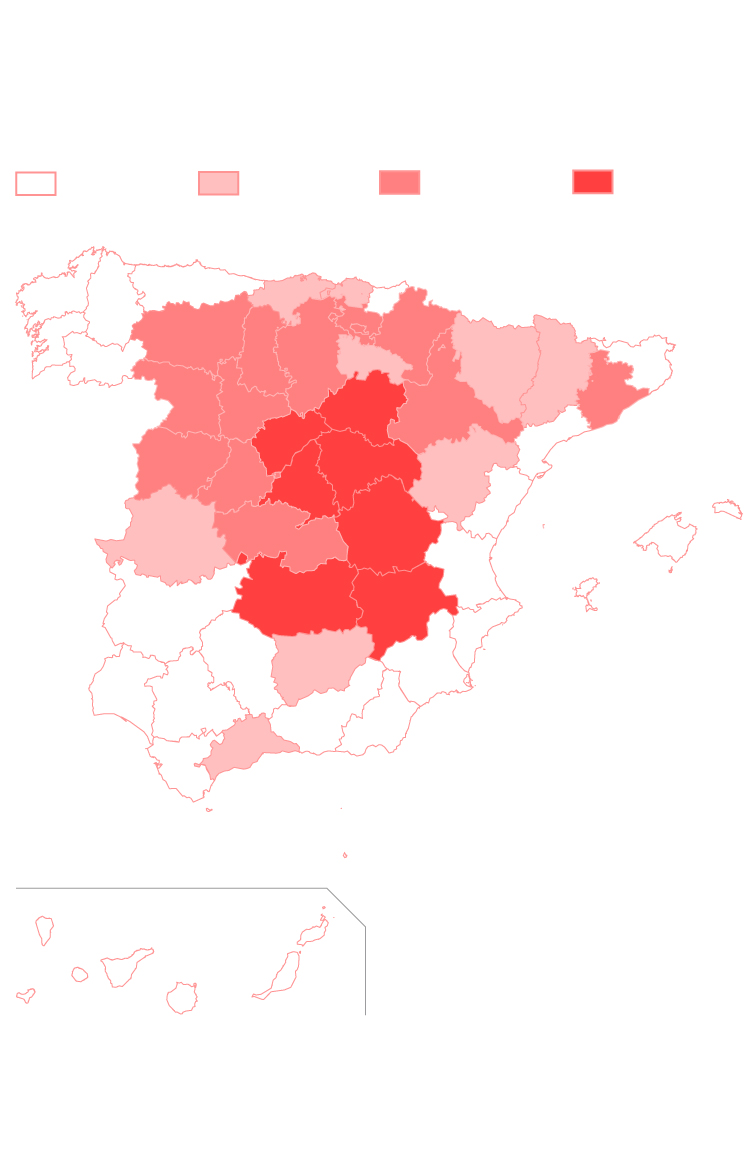 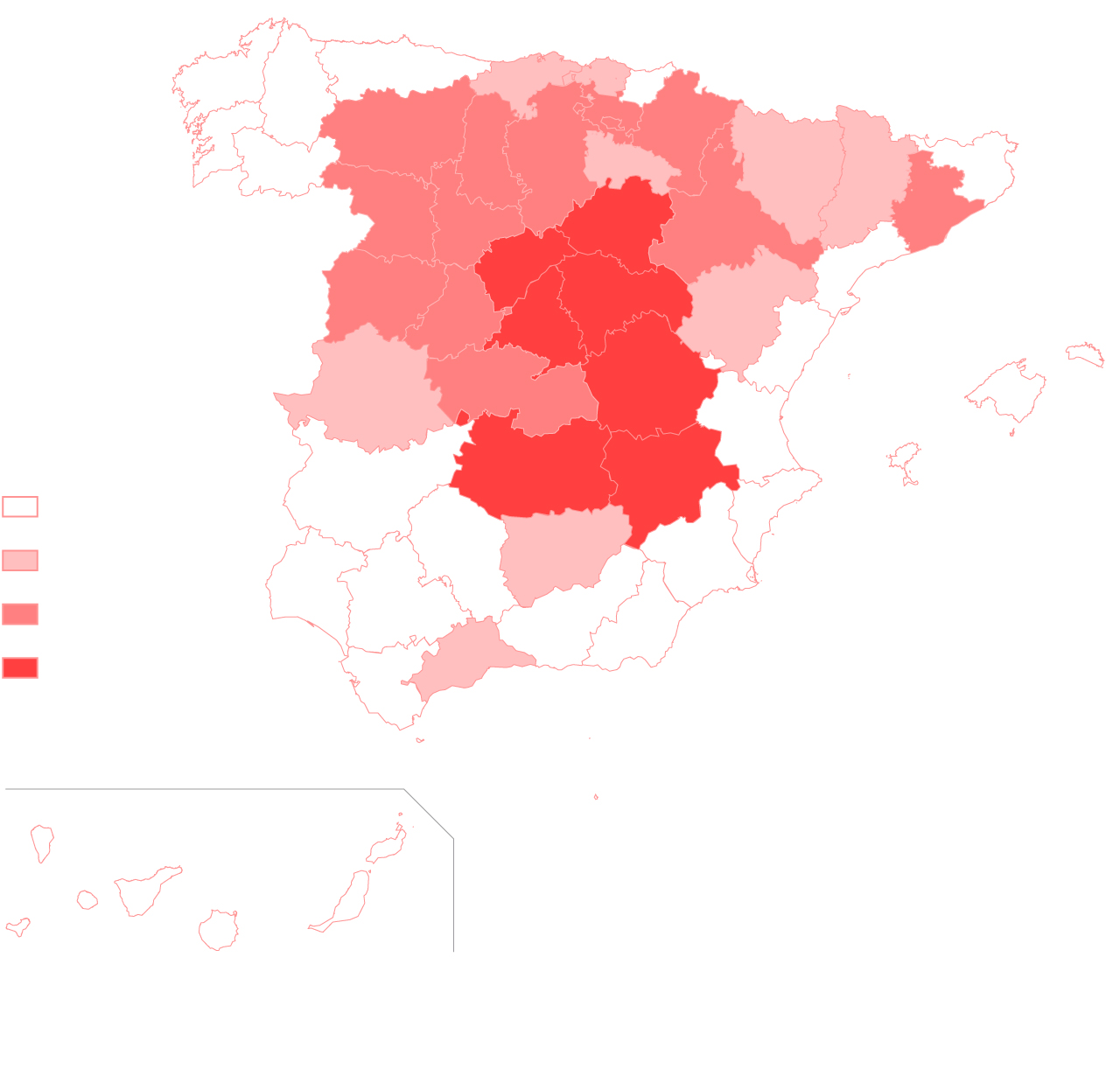 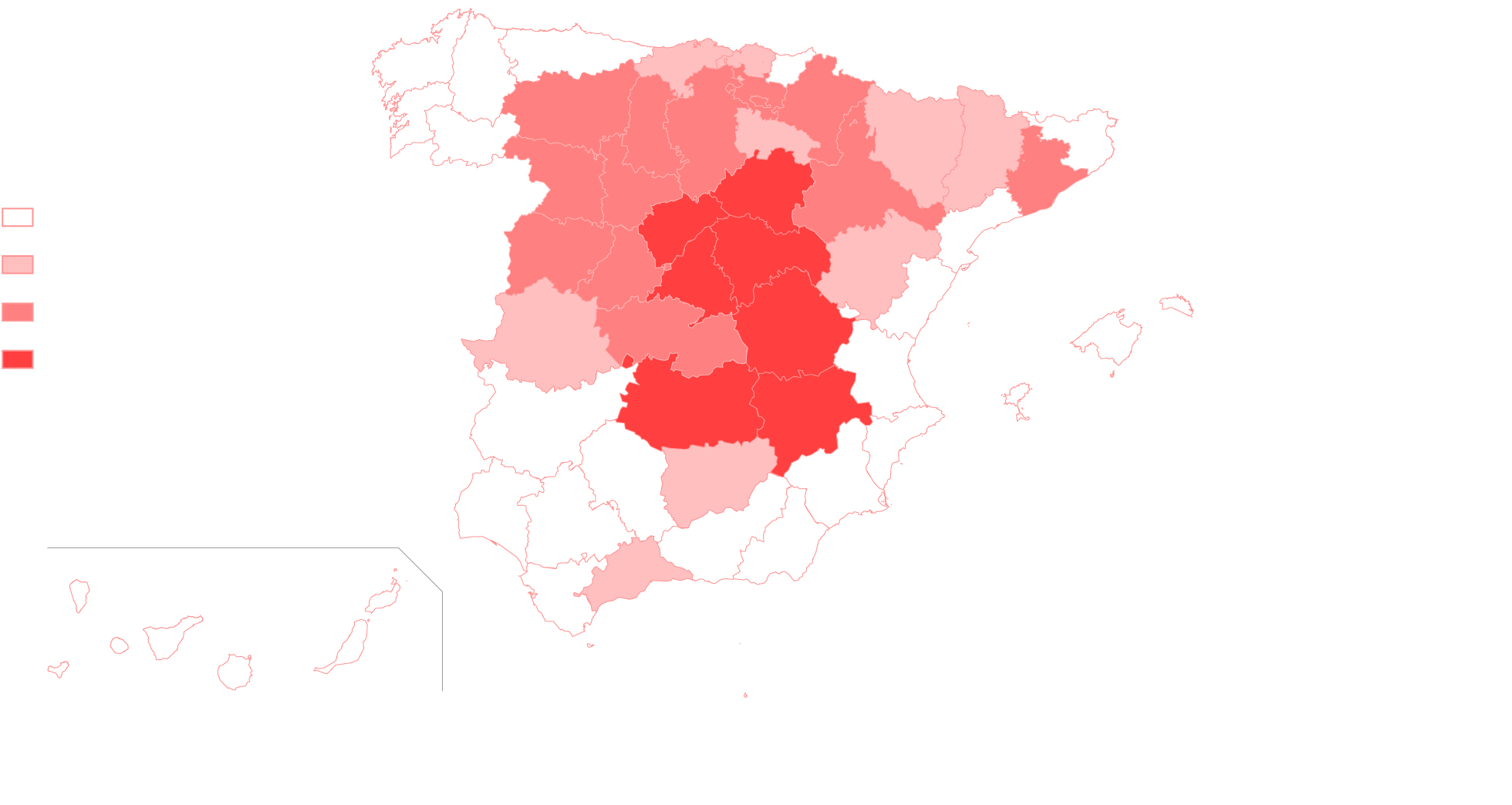 These numbers indicate how many people have IgG antibodies, which take longer to show up in the body and which mean that the person has been exposed to the virus but does not have an active infection. The serology test also detects IgM antibodies, made earlier by the immune system in response to the virus – around six to seven days after the onset of symptoms.

The Spanish overall figure of 5% is in line with studies in other European countries that showed a prevalence of 4% to 5%, far below the rate that would provide the population with so-called herd immunity, and which experts place at 60% at the very least.

If the percentage of infected people who eventually die is around 1.1%, as the study suggests, the cost in human lives of herd immunity would be between 200,000 and 300,000, making the method unacceptable. Epidemiologists consulted by this newspaper said that social distancing measures must remain in place until a vaccine becomes available.

Another way to look at the preliminary results is that over 90% of infections in Spain have gone undetected by the healthcare system. Official figures as of Wednesday showed 228,691 positive cases confirmed by PCR lab tests, which detect active infections.

Yet the study suggests that over two million people have contracted the virus at some point, and that many were not even aware of it.

“Five percent is the equivalent of 2,350,000 cases. If there were around 27,100 deaths, that means that the fatality rate is between 1 and 1.2%,” explains Jesús Molina Cabrillana, an epidemiologist at the Spanish Society of Preventive Medicine, Public Health and Hygiene (Sempsph).

That is in the higher range of the best available estimates from other countries, which talk about 0.5% to 1% of deaths among people who were infected with the coronavirus, known as the infection fatality rate or IFR. In Spain, if we add another 5,900 suspicious but untested cases to the total number of infections, the fatality rate grows to 1.3%.

Similar population screenings using antibody blood tests have been conducted elsewhere in the world. In the Swiss city of Geneva, a study showed that 9.7% of the population was infected and that 0.5% of these individuals had died. In Heinsberg (Germany), the infection rate was 14% and the fatality rate was 0.4%. In New York City, 21% of residents tested positive for antibodies, while the percentage of infected people who eventually died of the disease was 1.1%.

Some Spanish provinces show a particularly high number of deaths as a proportion of people who were infected: according to the study, it was 3.2% in La Rioja and more than 2% in Cáceres, Girona and Tarragona. But in the Andalusian provinces of Almería, Málaga and Córdoba it was no more than 0.5%.

The study also shows lower prevalence figures among children than among adults: 1.1% of babies under one year of age had antibodies against the coronavirus; for children between one and four years old, the rate was 2.2%, and for those between five and nine, it was 3%.

Joan Ramon Villalbí, a member of the board of the Spanish Society of Public Health (Sespas), says this means that either children did not get the disease as often as adults, or else their bodies did not generate antibodies.

Among adults, no significant gender differences were found. But there were more positive cases in cities with a population of over 100,000, where the proportion of people whose immune system triggered a response to coronavirus was 6.4%.

No sense of smell

One out of every three people who tested positive for antibodies was asymptomatic and did not realize they had contracted the virus. The director of the National Epidemiology Center, Marina Pollán, also noted that 43% had experienced a sudden loss of the sense of smell.

The news conference offered on Wednesday only reflected the results of the first tests, as the second ones are still undergoing lab analysis.

Sign up to EL PAÍS In English Edition bulletin