There are many elements to the case: an alleged group from the Chinese mafia, a castle listed as a UNESCO World Heritage Site for its history and treasures, and five Spanish criminals who together have been arrested more than 120 times. On December 27, the French police arrested these five individuals and a sixth man of Chinese nationality for attempting to steal from the Chinese Museum at the Palace of Fontainebleau, a medieval castle 62 kilometers from Paris.

This royal palace was home to 34 kings and two emperors between the 12th and 19th century. The thieves were after pieces belonging to the Chinese art collection of Empress Eugénie de Montijo, the Spanish wife of Napoleon III.

But French and Spanish police stopped what could have been the last great robbery of 2019. For more than a week, officers followed a figure well known to the Spanish justice system: Juan María Gordillo Plaza, better known as “El Niño Juan” or “Juan the Kid” for his small stature. Gordillo Plaza is a 33-year-old criminal from the Orcasitas neighborhood in Madrid, and a suspected specialist in contract robberies.

The suspected thieves were staying in a hotel 17.5 kilometers from the Palace of Fontainebleau

Police believe a group from the Chinese mafia hired Gordillo Plaza to carry out the heist, in exchange for a payment of nearly €800,000, according to sources close to the investigation. Three members of this group met with the notorious ram raider two days before his arrest to confirm the details of the theft, according to police sources. The Chinese lead is “very important,” French police commander Jean-Luc Boyer told EL PAÍS by phone on Thursday. “[The Spaniards arrested] are organized crime professionals who came to France to commit a robbery, they came for Chinese objects, and in the middle of this we arrested a Chinese citizen, which is why we have this lead,” said Boyer, who is also the head of the Central Office for the Fight Against Cultural Good Trafficking (OCBC by its French acronym). 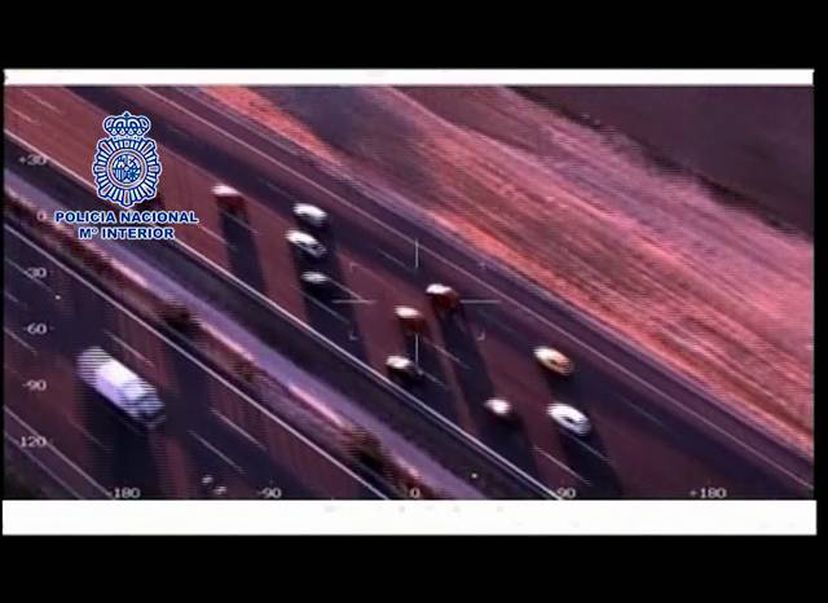 Footage of a police chase of Juan María Gordillo in 2012.

The five Spaniards were arrested in France as part of a police operation dubbed Operation Bamboo. The investigation began in Spain, when the National Police warned French officers via Europol, the European Union’s agency for law-enforcement collaboration, that a group was planning a heist on a French museum. They did not know which museum would be targeted, only that the thieves were after three pieces of Asian art. This detail and the trailing of the suspects – both before and after they crossed the border into France on December 21 – helped officers put the pieces of the puzzle together.

Nothing in the museum can be sold on the market

The officers watched as the Spaniards entered a sports clothing store to buy dark-colored clothing, and then as they bought an ax, picks, screwdrivers and other material typically used in violent robberies. But the main clue that revealed the group’s objective was their hotel: a cheap establishment in the Nemours neighborhood, just 17.5 kilometers from the Palace of Fontainebleau. This monumental castle holds close to 800 pieces of decorative art from the Far East, many of incalculable value, that were “seized” during the French Revolution and the looting of Beijing’s Old Summer Palace by Anglo-French forces in 1860 during the Second Opium War.

The palace was robbed in 2015, with 15 valuable objects from the Empress’ Chinese Museum stolen in just seven minutes. “In 2015, the museum was robbed and Chinese objects were taken. The investigation makes us think that they just wanted to steal Chinese objects,” explained Boyer.

Gordillo Plaza and his Spanish accomplices traveled to France in two cars – one with a Spanish license plate, another with a French one. Although they pretended not to know one another, the surveillance revealed that they had a close relationship – they swapped cars when they traveled and visited the Eiffel Tower and the stadium of French soccer team París Saint-Germaine together. The group also visited the Palace of Fontainebleau, allegedly with the aim of studying the security camera system, the position of the security guards, and the Chinese artwork they were planning on stealing. They would then return to the hotel in Nemours, which, according to police sources, acted as the “headquarters” for the crime.

Two of the Spaniards allegedly held a meeting at the hotel on December 26 with three Asian individuals, one of whom was later arrested and is suspected of being the link between the robbers and the people who hired them. This Chinese individual used his credit card to pay for the group’s hotel accommodation and the entrance fee to the Empress’ Chinese Museum. The tickets to the museum were later found in the pocket of one of the Spaniards who were arrested. Investigators also found photos of the artwork that was meant to be stolen on their Spaniards’ cellphones.

The group was finally arrested in the early hours of December 28, the day the heist was meant to take place, just 48 hours after the meeting with suspected members of the Chinese mafia. Police arrested two of the Spaniards around 1am, followed by the Chinese individual, and by 6am, the remaining three members of the Spanish group had been detained.

When interrogated by French police, the men denied that they were planning a heist and insisted they were in France as tourists. This defense strategy of denial is often used by Gordillo Plaza, who presents himself as a humble self-employed electrician who works 10 hours a day and knows nothing about stealing upmarket cars. Although they denied involvement, the six suspects were sent to prison. They have been accused of “taking part in a criminal association with the view of planning a crime” and “robbery and receiving stolen goods in an organized gang,” according to French judicial sources.

The investigation is now focused on determining which objects the group were planning to steal. “Nothing in the museum can be sold on the market. They are catalogued objects that everyone knows about. It is impossible to negotiate with that, unless it was a robbery ordered by a person or otherwise,” said Boyer.