Scroll down for updates

It’s been another fast-moving day of events in Catalonia today, starting first thing this morning with the appearance of the head of the Mossos regional police force, Josep Lluís Trapero, in Spain’s High Court in Madrid over accusations of sedition. The charges relate to the Civil Guard searches of the region’s economy department on September 20, and the actions of the Mossos in dealing with the crowds of protestors that gathered outside the building as the operation took place.

Meanwhile, the Interior Ministry announced that the extra Civil Guard and National Police officers who have been drafted into Catalonia will be staying there an extra week, until October 18.

After the weekly Cabinet meeting, ministers announced that they had approved a Royal Decree that would make it easier for companies to move their legal headquarters out of Catalonia given the ongoing uncertainty that a potential unilateral declaration of independence is causing. Today alone a number of major firms, including energy giant Gas Natural, announced that they would be taking that step.

The regional premier, Carles Puigdemont, has requested to make an appearance before the Catalan parliament on Tuesday, potentially sidestepping a Constitutional Court ban on a parliamentary session tabled for Monday, given the likelihood of an independence declaration being made.

And late on Friday afternoon, the regional government published the “definitive” results of Sunday’s referendum vote.

That concludes our live blog of events in Catalonia today. Click here and here to catch up with all of our stories.

We'll be back on Monday with the latest news. 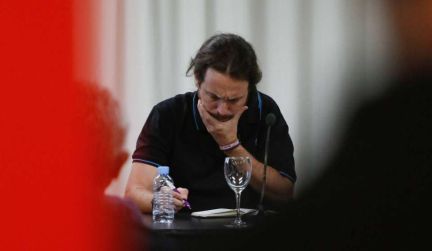 Podemos leader Pablo Iglesias criticizes the king of Spain for aligning with the Popular Party and the “old guard” of the Socialist Party. The politician also said that a unilateral declaration of independence would “probably be the worst decision that the regional government” could take.

Interior Minister Juan Ignacio Zoido's letter to police and civil guards "You are not alone because you are accompanied by that spontaneous applause that someone will give you when they walk by, each Spain flag hung from a balcony represents you, you are moved by that tone of gratitude that you receive or that sincere hug from a stranger. And above all else, because you are backed up by an entire country with a great history behind it, and a wonderful people who want to build an even better future. "

Interior Minister Juan Ignacio Zoido has today written a letter to the National Police and Civil Guard over the situation in Catalonia. "At this current time, when you are surrounded by a hostile environment, you are not alone, even if you may have felt like it or had doubts."

More from the former Catalan premier Artur Mas’s interview with the Financial Times “We have won the right to be an independent country. The question now is how do we exercise that right, and here obviously there are decisions to be taken. And these decisions must have one objective in mind: this is not just about proclaiming independence but about actually becoming an independent country.”

Former Catalan premier Artur Mas, who championed the secessionist cause while in office, tells the Financial Times that Catalonia is not ready “for real independence.”

Gas Natural Fenosa has approved a change of corporate address from Barcelona to Madrid. The energy company joins a growing list of businesses making the move ahead of a hypothetical declaration of independence next week, including Banco Sabadell, Oryzon, Dogi International and Eurona. CaixaBank and Freixenet are also considering the step.

The Catalan parliament will hold a plenary session on Tuesday at 6pm, Ángels Piñol reports. Catalan premier Carles Puigdemont has asked to address the chamber on Tuesday to bypass a Constitutional Court ban on the original Monday session. A declaration of independence might be made at this time.

Energy company Gas Natural is having a board meeting to decide whether its moves its HQ out of Catalonia.

Angels Piñol reports: Deputy from the far-left CUP party, Carles Riera, said today that his group had no reason to believe that regional premier Carles Puigdemont would be going back on his plan for a unilateral declaration of independence. “We trust in Puigdemont,” he said.

Car manufacturer Seat has announced today that it will not be moving its legal headquarters out of Catalonia. The head of the company works' committee sent a message of calm to employees.

Chief of center-right political party Ciudadanos, Albert Rivera, has met with PM Rajoy today in La Moncloa prime ministerial palace to call for Article 155 to be applied. This would see Catalonia’s autonomy suspended. But the PM is still unwilling to take this step, Juan José Mateo and Anabel Díez report.

Rivera is calling for greater leadership from Rajoy, because he considers there to be no time left to stop a declaration of independence. 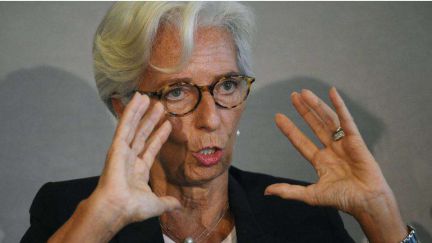 The IMF has warned of the risks to the economy of the ongoing tensions in Catalonia. “We believe the current perspectives for Spain to be positive. But if they continue, the political tensions in Catalonia could affect confidence in investment and consumer spending,” says the IMF mission chief in Spain, Andrea Schaechter. Antonio Maqueda reports.

The CCOO labor union in Catalonia has expressed its “concerns” over the announcements of companies that will be moving their legal HQ out of the region, and has called for companies to “promote dialogue and negotiation.”

Méndez de Vigo's response: “You are talking to me about excesses on one side, and lies about those excesses on the other. The officers were there on a mandate from the judge when those who had the responsibility in the situation, the Mossos, did not do their job. That there were people who suffered because of that, well of course we are sorry about that. The important thing is that there is only one person who has been hospitalized and we are pleased that that is the case.”

Question from veteran journalist Miguel Ángel Aguilar to Méndez de Vigo: Have the excesses during the police operation on Sunday been identified and purged? Are you going to deal with the campaign of “astonishing lies” that have been seen on these events in recent days?

Méndez de Vigo: Is the government going to take any immediate measures? “We take measures every day. That’s why we explain the situation in Catalonia every day, which above all else is negatively affecting Catalans. […] Many people in Catalonia think that the first thing that needs to be done is return to legality.”

Interior Ministry announces: Civil Guard and National Police officers currently stationed in Barcelona will be deployed there an extra week, meaning they will not be returning home until October 18.

How the independence referendum has split the Catalan police force