“Un, dos, tres. En Joan Petit quan balla...” (One, two, three. Little Joan dances). To the rhythm of a guitar and with the police car lights flashing, five local officers from Mallorca, in Spain’s Balearic Islands, last Saturday entertained dozens of children who had been confined to their homes for more than a week after the Spanish government declared a state of alarm in a bid to contain the coronavirus pandemic. 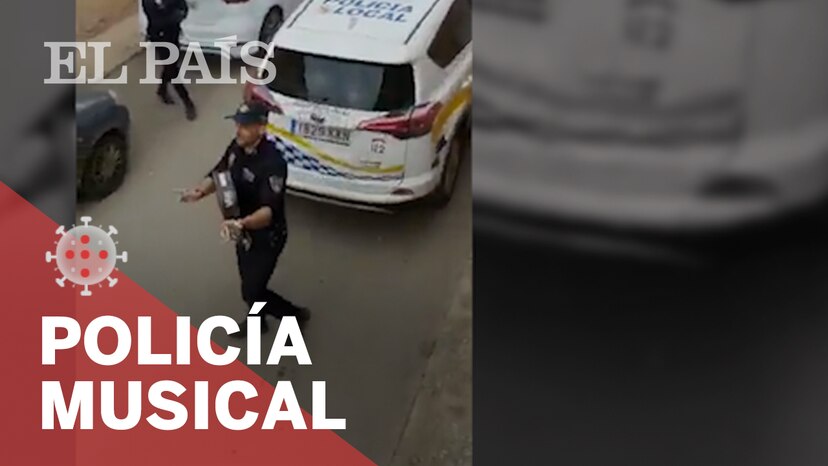 The group of officers, led by Pedro Adrover, who is also the singer of the band Ses Bubotes, sang and danced to the traditional children’s song in every street of the municipality of Algaida for three hours, to ensure that every child got to see the performance.

A video of the dancing police officers went viral after it was shared on Twitter by Ivanka Trump, the daughter of US President Donald Trump.

An incredible video coming to us from Mallorca, Spain. Thank you to the outstanding men and women in law enforcement all around the world! #TogetherApart pic.twitter.com/jnXzIAZ3Mo

The idea for the performance, says Adrover, came from a local police officer who had seen a video of another policeman dancing in a different area. “He [the officer] told us to see if we could think of something aimed at children, a vulnerable group who at times don’t understand what is happening. They are at home without being able to go to school or see their friends,” explains Adrover. The officer thought he could play the guitar while they all sang Joan Petit (or Little Joan), a popular children’s song that “also has a choreography and is very upbeat,” he explains. The idea was to encourage children to come out onto the balconies and move around a bit.

The city council approved the performance and on Saturday afternoon the group sang and danced in every street of the municipality where there were children. “We sang the song around 45 times. I think that night we dreamed of it,” says Adrover, who says the officers remained ready at all times to respond to any possible emergency. The group performed the song without rehearsing, to see what would happen. The response of the community and the smiles of the children made it a “very special moment,” says Adrover.

“We can’t escape what is happening,” he adds, saying that when the lockdown is over “we will remember it like an anecdote.” The officer hopes that the video of the police performance will make it easier for some children to cope with being confined to their homes. Adrover says he does not know if there will be a repeat performance, given that it would be “very hard” now to exceed expectations.