Plácido Domingo, 79, received a standing ovation in the eastern region of Valencia on Monday, marking his first performance in Spain since he was caught up in allegations of sexual harassment earlier this year.

In August, 20 women accused the Spanish opera legend of improper conduct in a story that came out in The Associated Press. “These have been very difficult months. You have to carry on with your life as best you can, knowing that neither the accusations of harassment nor those of abuse of power ever happened,” says Domingo in an interview with EL PAÍS.

Question. After what’s happened, are you scared when you step out onto a stage?

Answer. No. In Salzburg [his first performance following the publication of the AP story] I went out feeling angry, because the case was still very recent. I felt like saying, “Here I am, this is what I’ve been doing all my life.” It was an offense. The accusations against me make no sense. I want to stop talking about all this.

Q. But you will have to talk.

Q. Have you filed any suits to counter those accusations?

A. You know it’s useless. When you’re going against a media organization, your chances of losing are very high, and as for the accusers, I have no plans to retaliate. Like I said, I haven’t been accused of any crimes, and I’m not going to sue anyone.

Q. But you could do that.

A. There is an investigation underway at the LA Opera that is taking testimony from a lot of people I have worked with over the course of several decades. I want to respect this internal investigation, and I am at their complete disposal. I insist, I am not going to solve this through the courts. This is not a legal case, and I won’t turn it into one. 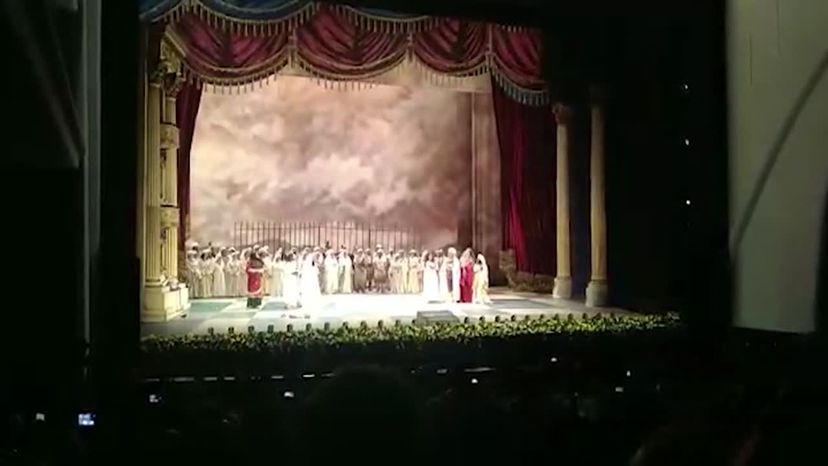 Q. Have they talked to you already?

A. Yes, I have already given them my version of events.

Q. How can it be that 20 women in different places and in different situations all have a similar story to tell?

A. It is very easy these days to go against someone you don’t sympathize with, and to disseminate falsehoods. “If you have something against this person, let us know.” And a plot is devised.

Q. Have you been in touch with the individuals who have accused you?

A. No, not at all. I am completely in favor of defending women. I have never attacked a woman, I have never overstepped my bounds, it’s not part of my upbringing or part of who I am. Nor have I abused my power at any theater. We have made hiring decisions as a team. I may have suggested names for leading roles, but for secondary ones, where some of the accusations are coming from, I can’t even remember which roles they might have been. It wasn’t even my decision, neither in Washington or in Los Angeles, two theaters where I have done my job with tremendous strength and determination. Never, never, never in my life.

Q. The coordinator at the LA Opera says she avoided putting young women in a room with you for rehearsals. What you do have to say about that? Did you know about it?

Music has always been my life. And my enthusiasm is greater now than ever before

A. That is the biggest calumny of all!

Q. But did you know about it or not?

A. No, no, in my entire life, in all the years I was there, I never heard or saw such nonsense. And I have spent hours and hours at theaters and in rehearsal rooms with countless colleagues.

Q. You were a powerful man in those circles.

A. Please, enough with the guesswork. What is this? If there had been any complaints, they would have protested. It makes no sense. There is sufficient evidence to the contrary. I have supported the careers of many singers, both women and men. That’s not power, that’s a passion for art, for opera and for its future.

Q. When you say that the rules and standards were not the same then as they are now, what do you mean?

A. That’s what I’m talking about, harassment. It must be punished at each moment and in all periods of history. What I meant, as a Spaniard, is that complimenting women, such as saying ‘that’s a nice outfit,’ or ‘you’re looking good,’ this is something that you could say 30 years ago, or even two. But now you can’t say anything to a woman anymore. It’s not like that here, but in other places, and specifically within these groups where the accusations are coming from, that’s the way it is. A woman is the most extraordinary creature created by God. We are all descended from one, we are the children of a mother. That’s the best thing that can be said about a woman.

Q. Your first statement seemed to have been drafted too fast, it felt like a bad translation with grammar issues.

A. It was misunderstood, particularly in Spain. It was easier to grasp in English.

Q. How did all this go down with your family? What did your wife say?

A. We’ve been very close, very strong. Logically we’ve felt hurt, but everything will pass. And if you help me talk about my career now, that will help too.

Q. The anger that you say helped you go out on stage in Salzburg was also noticeable on Monday in Valencia...

A woman is the most extraordinary creature created by God

A. Look here, as an artist I always go out with the same desire to give the audience the best of myself. But you’re human. You can’t always be in top form. The public and the reviews also change, depending on the place and the magic.

Q. Will you sing in the United States again?

A. If an opportunity turns up, of course I will. There’s been a few offers. It’s not always LA or the Metropolitan [Opera in New York]. I hadn’t picked other theaters to be able to sing more in Europe or Asia or South America. I’ve got contracts until the 2021/22 season. I’ll turn 80 years old in just 13 months. We’ll be in Madrid, God willing. And I’ll be singing in Vienna right before that. That’s as far ahead as I’m planning; as for the rest, I don’t know. Singing a concert has nothing to do with producing an opera. It’s a lot more demanding. I don’t know if I’ll keep working on productions after I turn 80. If I’m feeling good, why stop earlier?

Q. You’ve occasionally said that if you ever feel that you’re going to make a fool out of yourself, you’ll quit. But that could also happen with situations outside opera itself, like now.

Q. I’m feeling strong, very strong. More than ever. Especially because you see how everything can change in a matter of hours, and that requires enthusiasm, a very deep love for what you do. Anyone can tell you about my attitude to theater, which is something very deep that I’ve felt since I was a little boy, when I would go out on stage as an extra with my parents, or when I played the piano if a musician called in sick. Music has always been my life. And my enthusiasm is greater now than ever before. I even want to tackle new roles, as I will in Salzburg with Verdi’s The Sicilian Vespers or Donizetti’s Belisario in Bergamo. The public continues to react in an extraordinary manner, and as long as that’s the case, I will remain calm and self-assured.

Q. Or now at La Scala in Milan, where you are going to get a tribute to your 50-year career. Why are you more celebrated in Europe than elsewhere?

A. I want to keep being the artist that I am, I want to keep singing. I am not spiteful. Everything keeps moving forward. And I am moving along that road, with enthusiasm and fortitude. I want to go to La Scala and feel the energy of a theater that has premiered Verdi, Rossini, Puccini, verismo works. You feel them seeing you, listening to you, and feeling glad that after so many years, someone is still defending their music.

Q. Are you hoping that this year will pass soon?

A. Life goes by so fast that I would like the years to go slower. Now I realize how fast life passes. When you are on the verge of turning 80, everything happens very quickly. I only wish, perhaps, that the good days could be longer and the bad days shorter.