Conditions on the Spanish rescue ship Open Arms continue to deteriorate with the migrants on board becoming increasingly desperate to reach shore.

The vessel, which is operated by Spanish aid organization Proactiva Open Arms, was expected to dock in Italy on Thursday evening after that country’s prime minister, Giuseppe Conte, announced an offer of assistance. But Conte has come up against his own interior minister, Matteo Salvini of the right-wing League, who continues to refuse the ship entry.

The refusal comes despite the fact that six European countries, including Spain, have offered to take in the migrants who were rescued from the central Mediterranean two weeks ago. Although Salvini reluctantly allowed 27 unaccompanied migrants from the ship to dock at the Italian island of Lampedusa on Saturday, 107 remain on board after 18 days at sea. 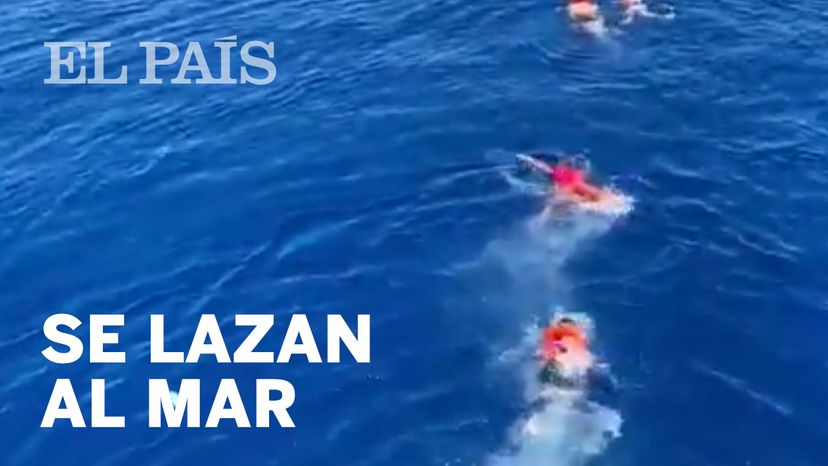 Those who remain on the ship are struggling with high levels of stress and anxiety. Over the past 18 days, the deteriorating conditions have led to panic attacks, fights and even suicide attempts. On Saturday, the Open Arms crew warned that the situation was out of control, and they could no longer guarantee the safety of the 107 remaining migrants.

The following morning on Sunday, four migrants jumped into the sea and tried to swim to the Italian island of Lampedusa, located less than a kilometer away. Members of the rescue crew swam after them and were able to return them to the boat. But once back on board, a fight broke out between them and the other migrants, which the crew struggled to break up.

After the incident, Proactiva Open Arms sent the port of Lampedusa an urgent request to dock, together with an account of what had happened in the morning, and a report signed by psychologist Alessandro di Benedetti of the NGO Emergency, which argued the migrants were suffering from “extreme vulnerability, both physical and psychological, made worse by the uncertainty and level of stress on the ship.”

“After a 26-day mission, 17 days waiting with 134 people on board, a judicial resolution in our favor and six countries willing to take in [the migrants], they want us to sail 900 miles, five days more, to Algeciras, the most distant port in the Mediterranean?”

On Sunday, Spain’s acting Prime Minister Pedro Sánchez, of the Socialist Party (PSOE), offered the Open Arms the southern port of Algeciras in Cádiz, and Mahón in Menorca in the Balearic Islands. But Proactiva Open Arms refused the offer, arguing it was “impossible” to attempt the four- to six-day journey given the conditions on board: “We cannot endanger the security and physical integrity of the migrants and crew. We need to dock now.”

The Open Arms is insisting that it needs to dock in the Italian island of Lampedusa, which is just 800 meters away from its current location. Spain’s acting Deputy Prime Minister Carmen Calvo says the government has been left confused by the decision. “We have offered all types of support: medical attention, supplies [...] We do not understand the position of Open Arms,” she said in an interview on the Cadena SER radio network. “We understand the situation is critical because of the uncertainty and desperation, but once you tell them they have a safe port, the migrants know they are going to arrive, and anybody can understand that there is no problem,” she added.

According to sources from the NGO, the ship is not equipped to hold so many people on board for such a long period. The 107 rescued migrants and 19 crew members must share the limited space on deck, take turns in the shade and have just two bathrooms.

“Not even a detainee could be treated this way and here they have us held hostage against our will,” said Òscar Camps, the founder of Proactiva Open Arms.

Meanwhile, Salvini has celebrated the situation as a victory for the country: “Italy has stopped being Europe’s refugee camp.”