With a week to go before it begins broadcasting, Imagen Televisión is the first free-to-air channel designed to break the duopoly that has dominated Mexican television for 20 years. But it will be bringing nothing new to the screen, according to media analysts. The third nationwide TV channel to hit Mexico’s airwaves will, it seems, fail to meet the expectations of many viewers. Its programming competes in formats and time-slots with other stations, and, observers say, the project harbors an ulterior motive: to control another sector of public opinion.

The two major networks have fought over the market for the last 20 years, creating a duopoly that is difficult to interrupt

The new player has decided to square up to Televisa and TV Azteca at one of the worst moments for the industry. Advertisement earnings are not what they were decades ago, and increasingly more diverse audiences are splitting their time between different video-on-demand platforms, such as Netflix. The two major networks have fought over the market for the last 20 years, creating a duopoly that is difficult to interrupt. “Ratings in broadcast television are on the decline, and therefore, to be successful, [Imagen] will have to offer attractive content,” says Francisco Abundis, associate director of polling firm Parametría.

“The question that we are all asking ourselves is: Why invest in a business that has grown very little? Some suspect that there is political interest behind it,” says Leonardo Peralta, a journalist who specializes in telecommunications. “In Mexico, television is still a fundamental part of forming the political opinion of citizens. That’s why ratings are the least of it,” explains Mariana Torres, content editor of the media analysis page at Media Telecom. Torres says it is not betting on innovative content, groundbreaking series or journalists “who stand out because of their criticism or investigations.” She adds: “It runs the risk of looking a lot like the competition and not favoring plurality.” 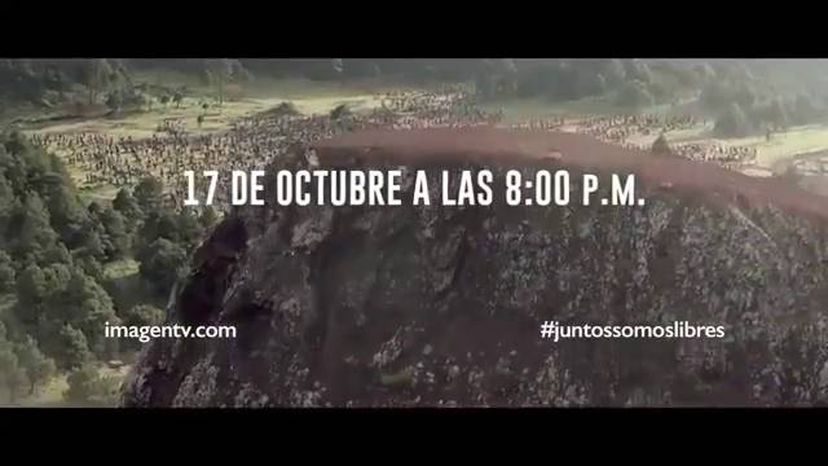 The channel will be focusing on fictional content and news, the two most-watched formats on TV. And the people they chose to lead these programs are stars from other channels who will bring their own audiences. Ciro Gómez Leyva will compete against Denisse Maerker’s new program at Televisa and Javier Alatorre at TV Azteca for a share of the nightly news slots, which are the most watched.

Imagen Televisión was born after Grupo Imagen won a bid for the free-to-air TV concession in 2015. The media group includes Excélsior newspaper and TV station, which broadcasts in the capital’s metropolitan area, and Radio Imagen. Its owner, Olegario Vázquez Aldir, is one of the most powerful businessmen in Mexico and the son of Galician magnate Olegario Vázquez Raña. Vázquez Raña built his empire on the Ángeles hospitals, the Camino Real hotel chain, Multiva financial group and Prodemex construction company. Grupo Imagen said it will invest 10 billion pesos in the new project.

Imagen runs the risk of looking a lot like the competition and not favoring plurality Mariana Torres, media analysis editor at Media Telecom

In response to the need to update the content on Mexican television, Televisa and TV Azteca have offered more provocative programming including American-style late night shows and narconovelas, the sort of content that was not seen on the public airwaves until now. Televisa also created Blim, its own video-on-demand platform.

The most interesting activity at Imagen is its alliance with the production company Argos, whose owner is veteran war journalist Epigmenio Ibarra. Argos produces more critical and socially conscious programming and steers clear of clichés like classic telenovelas. “When the production company worked for TV Azteca, it was very promising in the beginning but then it got stuck like Televisa. There are many expectations and few probabilities that it will be a different kind of television,” Torres says.

This newspaper was unable to reach Imagen Televisión for comment.

Due to a translation error, an earlier version of this story stated that Imagen Televisión had already started broadcasting. It will, in fact, begin transmitting on October 17. Apologies to our readers for this mistake.

Why Mexico’s weather girls have taken the country by storm