Ángel Hernández, a 72-year-old Spanish man who helped his terminally ill wife María José Carrasco bring an end to her life in April 2019, has been acquitted of the crime of assisted suicide.

The public prosecutor withdrew its accusation last week after Spain’s groundbreaking euthanasia law came into force. “As the only accusation [that of the public prosecution] has been withdrawn, in accordance with the doctrine, it is appropriate to issue an acquittal with all the favorable pronouncements,” stated the resolution acquitting Hernández.

The public prosecutor asked the court overseeing the case to retroactively apply the changes of the Criminal Code introduced by the euthanasia law, which came into force on June 25, 2021. In its written request, it argued that Hernández was “within his legal rights” in assisting in the voluntary death of his 61-year-old wife, who had suffered from multiple sclerosis for decades and was in the final stages of the disease.

According to the public prosecutor, Spain’s euthanasia law recognizes “the right to end life in situations of serious, chronic and incapacitating illness or serious and incurable disease, thus legally protecting a right that previously had no legal coverage.” It concluded: “The requirements for understanding that the conduct of Mr Hernández should not be subject to criminal reproach have been met.” The public prosecutor had previously asked that Hernández serve six months in prison for helping his wife to die. 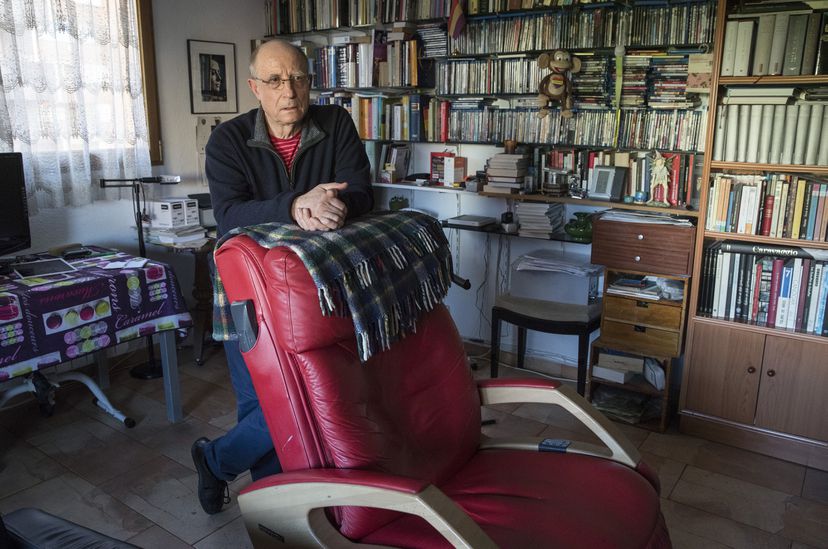 The video filmed by Ángel Hernández and María José Carrasco to prove that Carrasco wanted her husband to end her life (Spanish audio).

Hernández’s wife, María José Carrasco was diagnosed with multiple sclerosis in 1989 and was recognized as severely disabled seven years later. For years, she expressed her wish to end her life before becoming completely disabled. Hernández helped her die on April 3, 2019, by pouring a lethal solution of sodium pentobarbital into a glass and bringing it to her. Forced by the ravages of the disease to use a straw, she managed to swallow the solution and died 10 minutes later.

Her death was recorded by Hernández, and the video shows him repeatedly asking her if she is sure she wants to die. Carrasco nods and tells him, “the sooner the better.” Immediately afterward, Hernández turned himself over to authorities and spent a night in a Madrid prison cell. After his release from prison, Hernández started a petition to decriminalize assisted suicide.

The public prosecutor stated that María José Carrasco had “continually” expressed her desire to end her life because of the “intense” and “unbearable” pain she was in, caused by her disease. Finally, her husband, who felt “helpless due to the lack of institutional aid,” complied with his wife’s wishes. The couple gave an interview to EL PAÍS in October 2018, six months before the assisted suicide, in which she reiterated her wish to take her own life. When asked if she did not want to wait for her situation to get worse and receive palliative care, she replied, “I don’t want to go to sleep, I want to die.”

Back in 2019, Hernández was angered when a Madrid judge handed his case over to a gender-violence court. The judge was under the impression that any violent act against a woman by her partner or ex-partner should be considered gender violence, as established by an earlier Supreme Court ruling. However, the judge in the gender-violence court refused to take the case on, arguing there was no gender violence involved.

Hernández spoke again to EL PAÍS after the public prosecutor withdrew its accusation. “This is the end of a chapter for me,” he said. “I committed myself to fight until there was a law, and then until the trial. In fact, I had already prepared my plea. I was indignant when I read that the [conservative Popular Party] PP was appealing the law, particularly after the way the Madrid social services behaved, refusing María José a place in a residence when I had to undergo surgery, causing her so much suffering.”

No euthanasia case has received this much media attention in Spain since 1988 when Ramón Sampedro, a quadriplegic from the northwestern region of Galicia, was assisted by a friend to end his life; his struggle to die was made into the award-winning film, The Sea Inside, starring Javier Bardem.