In the eyes of the world, Wilton was a 10-year-old migrant from Nicaragua who had been abandoned in a Texas scrubland. A viral video that showed the crying child asking a US Border Patrol officer for help became a symbol of the first immigration crisis facing the administration of President Joe Biden.

But the story is part of a larger tragedy that began when Wilton and his mother fled their home to escape domestic abuse. The journey took them through the mountains of El Rama, in Nicaragua’s southern Caribbean coast, and ended with a kidnapping in northern Mexico, near the US border.

EL PAÍS traveled to their hometown to reconstruct their story. 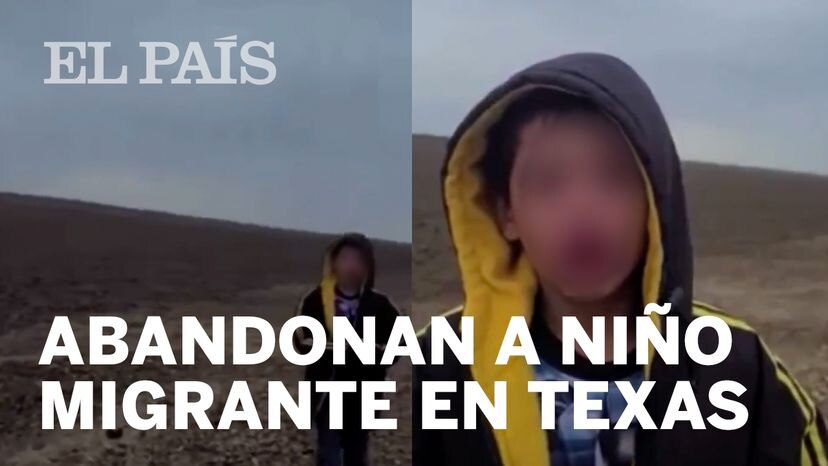 The video of Wilton asking a US Border Patrol officer for help (Spanish audio).

In a remote farming community located more than 3,000 kilometers from the US-Mexico border, in the Nicaraguan mountains of El Rama, a 66-year-old woman named Socorro Leiva was shocked to see her own grandson crying in a video that made the television news. At that point, she did not even know that her daughter, Meylin Obregón Leiva, had left for the US with the eldest of her two children. “I was making dinner when my husband, who was sitting in front of the TV set, yelled out ‘Socorro, come quick! That’s Meylin’s son!’ And it was indeed my little boy. He was carrying a small bundle in one hand and he was asking for help,” she says, standing inside her home in an area known as El Paraíso. According to Leiva, her daughter and grandson left to escape an abusive husband.

The pair managed to make it into US territory, but they were sent right back to Mexico under Title 42, a Trump-era policy that has effectively shut the border to new asylum cases. There they fell into the hands of a criminal group that held them for ransom.

Soon after that, a Miami resident named Misael Obregón – Meylin’s brother and Wilton’s uncle – received the first call from the kidnappers. They were asking for $10,000 (€8,400) to release mother and child. But he could only come up with $5,000 (€4,200), and it was agreed that they would release Wilton and take him across the border. It was then that a US officer patrolling the area found the child on April 1.

In the month of March alone, the Border Patrol apprehended more than 172,000 undocumented migrants, most of them from Central America. This is the highest monthly figure recorded in the last 15 years. Yet most of those individuals have been sent to Mexico under Title 42 of the US Code, a public-health regulation invoked by former president Donald Trump with the stated aim of curbing the spread of the coronavirus pandemic. Joe Biden has maintained the policy but made an exception for unaccompanied minors, who have flooded the US shelter system. Those who get sent back, such as Wilton and his mother, run the risk of getting picked up by the criminal groups operating along the border.

The family tragedy began back in the village that Meylin Obregón fled on February 8 with her eldest son, after deciding that there were no options for a safe life there. Five days before embarking on the journey, she went to the Nicaragua Prosecutor’s Office and filed a complaint against her former partner, Lázaro Gutiérrez Laguna. “My daughter put it all down in writing... in her statement she said she did not want Lázaro to be hounding her, begging her or anything,” says her mother Socorro Leiva.

“The prosecutor’s office issued a summons, but he never showed up. The harassment continued, and she told me that she could no longer stay in my house. I asked her why: I’m her mother and my house is her house too. ‘I know why,’ she said repeatedly. I felt that she was saying goodbye, but I didn’t think it would be for so long,” says Leiva.

According to the grandmother, Meylin left a partner who was unfaithful to her, who humiliated her and abused her. “He would throw her out of his house every other day. He would boast about having other women,” she says. “I’m not sure if he assaulted her physically, but that man is capable of anything. She would go back to his house out of love for the children, but after a 12-year relationship, she couldn’t take it anymore.”

Before her daughter went to the Prosecutor’s Office, Leiva forced Gutiérrez to sign a letter in front of an evangelical pastor and a local community leader in which he pledged to stop abusing Meylin. But it had no effect. “She is very scared of him,” notes the grandmother.

Meylin Obregón Leiva never told her mother too much, but she did confide in her brother Misael who was living in Miami. Misael helped pay for the trip in order to help his sister escape her situation, unaware that she was headed straight for a different kind of hell in northern Mexico. She is currently being held in an undefined location according to her brother, who has spoken to her.

On the day that EL PAÍS visited Socorro Leiva in El Paraíso after a 300-kilometer trip from Managua, there was more bad news on TV. The grandmother learned that her daughter was being held by a group of coyotes, or people smugglers. There is no electricity in El Paraíso, and hardly any cellphone reception. The only real contact with the outside world is through a small TV whose battery is powered by solar panels.

“Oh my Lord!” exclaimed Leiva when she heard the news. Bursting into tears, she said that “only God now with his power can release her. In the hands of those people, anything can happen. If there were a law protecting women here [in Nicaragua] maybe my daughter would not have left.”

In an interview with the local media, Lázaro Gutiérrez Laguna said that his relationship with Meylin ended “due to couple’s problems” and that both of them agreed that she and Wilton would travel to the US. But the grandmother denies this, and says the boy refused to go with his father when the latter attempted to keep him by force a few days before the trip. The second child did stay in Nicaragua with him.

In the meantime, Nicaraguan Vice-President Rosario Murillo has taken the case to heart, saying that Meylin left “due to problems at home” although she did not specifically mention gender violence, which has killed 19 women so far this year according to the non-profit group Católicas por el Derecho a Decidir (Catholics for the Right to Decide). Murillo also said that the government is working to repatriate the 10-year-old, who is currently staying at a shelter for unaccompanied minors in Brownsville, Texas.

But Leiva thinks it would be better for Wilton to go live with his uncle in Miami, and for Meylin to do the same if she makes it out alive. “In this country, nothing is done even when they [women] get killed,” she says. “It’s all in vain.”