The first Earth observation satellite developed by Spain was lost due to “human error.” That’s according to the officials responsible for the failed Vega mission VV17 to launch SeoSat-Ingenio, a satellite in which Spain had invested 10 years of work and €200 million.

The rocket carrying SeoSat-Ingenio was launched from the Guiana Space Station in Kourou in French Guiana on Tuesday, but malfunctioned eight minutes after liftoff, following the first ignition of Avum – the upper stage engine meant to deliver the Spanish satellite, as well as the French weather research satellite Taranis, into orbit.

Eight minutes after liftoff, engineers noticed that the rocket had deviated from its established trajectory, entailing the loss of the mission. It began to “shake” and “lost control,” meaning it was unable to send the satellites into orbit, said Roland Lagier, the chief technical officer at Arianespace, the satellite launch company responsible for the mission, at a press conference on Tuesday. 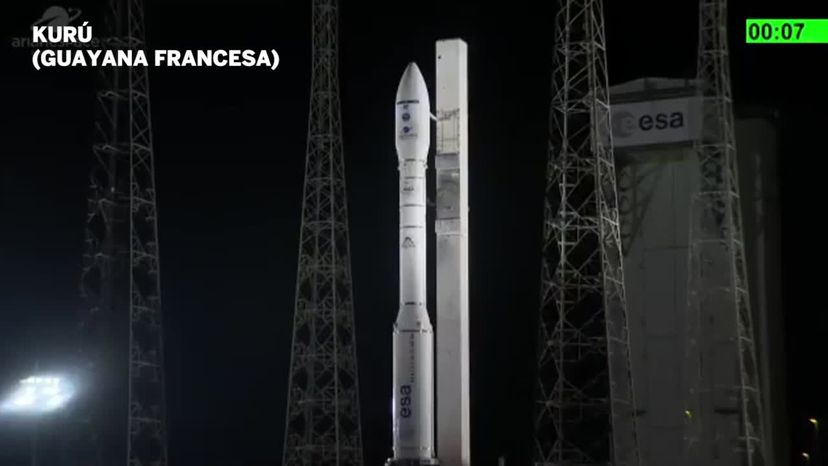 The liftoff of the ‘Vega’ rocket from Kourou (Spanish text).

Following the loss of the satellites, engineers began to analyze the telemetric data and manufacturing specifications of the rocket. They concluded that the cabling on the thrust vector control system must have been inverted when the upper-stage engine was assembled. This meant that the engines that control the rocket’s course were not working properly.

Lagier said the problem was due to “human error” during the assembly process, not with the design of the rocket. Arianespace and the ESA have formed an investigative commission to detail the causes of the failure and recommend changes. “I want to offer my deepest apologies to our clients,” said Stéphane Israël, the chief executive of Arianespace. “Unfortunately, this is part of life in space launches.”

The SeoSat-Ingenio was not insured, according to Joseph Aschbacher, the head of the ESA’s Earth Observation program. The €200-million project was created by the Spanish Science Ministry and counted on the involvement of several Spanish companies, led by Airbus.

The SeoSat-Ingenio satellite was not insured, according to the European Space Agency

In a message on Twitter, Science Minister and former astronaut Pedro Duque said: “Disappointed by the failure of the VVI7 mission to deliver SeoSat-Ingenio into its orbit. Nevertheless, this project has allowed the Spanish industry to show its ability to develop complete space systems and win new contracts like the one recently signed for the LSTM mission.” The LSTM contract means that Spain will lead a €380 million project to develop a European satellite to observe the temperature of the Earth.

The Vega rocket also had an accident on July 10 which led to the loss of a satellite from the United Arab Emirates. Lagier said that the problem that caused this malfunction was corrected and that Tuesday’s failure “had nothing to do” with what happened in July. In that case, the satellite was insured for €415 million, making it the biggest loss of its kind in the aerospace sector, according to the online magazine Spacenews.

The failed mission is a hard blow to the Spanish aerospace industry and means that Spain will need to continue to rely on satellites from other countries to see the nation from space. “Right now we are on a rollercoaster of emotions ranging from sadness to pride,” said Demetrio Zorita, an engineer at the company Sener that spent eight years developing part of the satellite.

SeoSat-Ingenio was set to orbit at a height of 670 kilometers, passing for the poles, and would have been able to cover the entire territory of Spain eight times a year. The high-resolution images captured by the satellite were going to be used for cartography, agriculture, management of natural resources (to check dam levels), emergencies and security.