This is the first time in Spanish democratic history that a head of government has been ousted. Rajoy, 63, refused to step down ahead of the vote, saying he had the trust of the people who voted for him at the 2016 election.

Rajoy is being replaced by Socialist (PSOE) leader Pedro Sánchez, whose 84 seats were insufficient for the majority of 176 required in the 350-seat house. This forced the PSOE to seek support from a range of other parties, including regional nationalists in the Basque Country and Catalonia.

The motion was successful after 180 deputies voted to unseat Rajoy.

The no-confidence motion was filed by the main opposition Socialist Party (PSOE) last week in the wake of a court ruling in a sweeping corruption scheme known as Gürtel. Rajoy’s Popular Party (PP) was fined for having benefited from the kickbacks-for-contracts network.

Follow the historic events in Spain in our live blog: 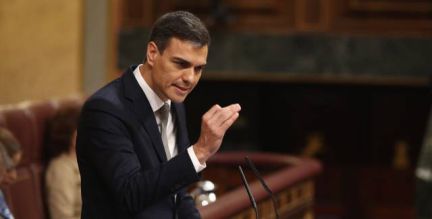 That concludes our live blog of today's extraordinary events in Spanish politics.

Here is the full story about today's events:

And a profile of new Spanish Prime Minister Pedro Sánchez:

A tweet from the leader of center-right party Ciudadanos.

"Sánchez has consumated his pact with all of the seperatists and populists to be prime minister at any cost. Rajoy could have avoided it but he didn't. [Ciudadanos] will be a strong opposition and we will defend the union and equality of all Spaniards in the face of those who want to liquidate our nation."

"The government in B is out [a reference to undeclared funds.] There's a sense of satisfaction, but we are well aware that this is just the first step. We will continue to work with enthusiasm for a Spain that is caring and excludes no one. YES WE CAN"

"An honor to have served my country and all Spaniards. Thanks to Mariano Rajoy for having placed his trust in me. And my gratitude to all men and women who make up the Armed Forces for defending our country. #proudtobeSpanish"

"I'm proud to have been your prime minister. I did everything possible and everything necessary to leave things better than how I found them. And together we have acheived it. The decisions weren't always easy, but all have served to defend #Spain. Thanks to all Spaniards. MR."

Rajoy's speech in Congress this morning, when he admitted defeat ahead of the no-confidence vote.

"It has been an honor to be prime minister of the government of Spain. Thank you to you all. I hope that my replacement will be able to say the same when the moment comes."

The German government has said it hopes to maintain its "close and trusted" relationship with Spain, according to spokesperson Steffen Seibert.

Spokesperson for Jean-Claude Juncker, the head of the European Commission, has said the Juncker has total trust in the new Spanish government, according to Reuters.

Members of anti-austerity party Podemos chant "yes, we can" outside Congress after supporting the no-confidence motion against Mariano Rajoy

Various representatives from the party celebrated the ouster on Twitter:

"Today the seagulls don't fly. Today is a day to sing and dance," wrote Pablo Echenique.

Ana Pastor, the head of the Congress of Deputies, will meet with King Felip VI at 3:30pm to inform him of the results of the no-confidence motion.

"Another image for the history of Spain." Picture from EL PAÍS photographer Uly Martín of the handshake this morning between Sánchez and Rajoy. 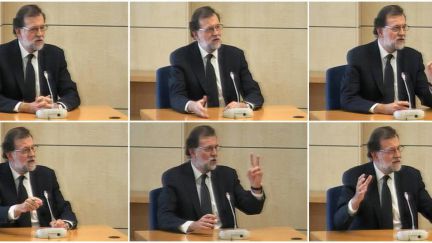 Worth pointing out that the reference to "M. Rajoy" in the Podemos and Junts per Catalunya tweets below is no doubt a nod to the appearance of "M. Rajoy" on the ledgers kept by former PP treasurer Luis Bárcenas, who was last week sentenced to a lengthy jail term for his role in the Gürtel scandal.

Rajoy denied having received cash payments, but in their Gürtel ruling last week the judges in charge of the case said that the prime minister's testimony "lacked credibility."

A tweet from Podemos: "Goodbye M. Rajoy, yes we can!"

One of the key images from yesterday's no-confidence debate: Mariano Rajoy's chair in Congress, left empty while the prime minister dined in a Madrid restaurant, occupied by the deputy prime minister's handbag. 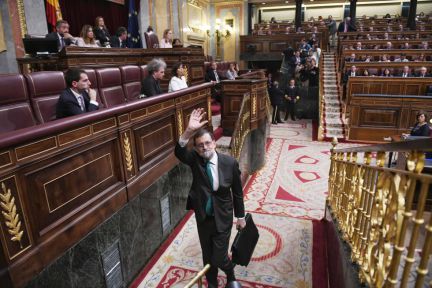 Important point: Mariano Rajoy today became the first Spanish prime minister to be ousted via a vote of no-confidence since Spain returned to democracy in the 1970s.

What happens now? Miquel Alberola reports:The speaker of Congress, Ana Pastor, will meet with Spanish King Felipe VI at 3.30pm this afternoon, and convey the result of the no-confidence motion vote to him.

Pro-Catalan indpendence party Junts per Catalunya dedicates this tweet in Catalan to the now ex-prime minister: "Have a great time, M. Rajoy"

Ciudadanos chief Albert Rivera: "I'm convinced that there are few months left to go before Spaniards can vote. We are going to make preparations to be the alternative to the two-party system in this country [...]."

"It has been an honor to be prime minister of the government and leave Spain better than I found it. Thank you to everyone and a special thanks to the people of Spain and the Popular Party. Good luck to everyone for the good of Spain," parting message from former Spanish PM Mariano Rajoy 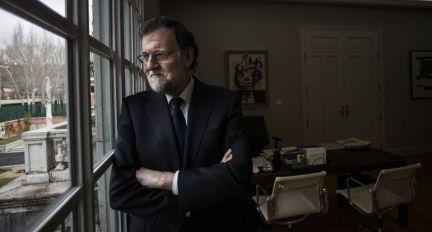